You are here: Home1 / Blog2 / Pathology3 / Surprise Billing is Still Moving Forward! (What Can YOU Do About It?)

Surprise Billing is Still Moving Forward! (What Can YOU Do About It?)

Headlines have been appearing for several months on the topic of “Surprise Billing”.  Around the country states have passed or are looking at passing legislation on this very issue.  Federally, Congress and the President have expressed concern and frustration on this topic and multiple proposals are in the House and Senate.  This has slowed recently but is expected to continue moving forward.  Should you be concerned and more importantly what can you do about it?

What is really going on?

For years insurance companies have negotiated reimbursement rates with hospitals, provider organizations, group practices and individual physicians.  Medical providers would accept fair and reasonable in-network rates with the expectation to be paid promptly, accurately and directly from the insurance company. 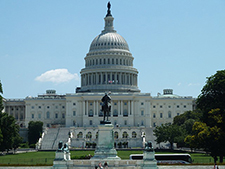 However, a patient may receive care from a provider who is out-of-network (OON) for their private insurance.  Why does this happen?  Often, it is because the insurance company closed their in-network provider panels, wouldn’t extend a fair and reasonable in-network fee schedule or is not willing to negotiate specific criteria regarding their fees or provider contract.  When this is the case, the insurance will then usually reimburse medical providers that are OON at a much lower reimbursement than what was billed, leaving the balance for the patient to pay.  This practice is commonly referred to as “balance billing” and is now being interchanged with “surprise billing.”

How is this Relevant to Hospital-Based Physicians?

Most commonly when a patient needs a service on an emergent basis or an elective basis, they will know in advance or check to make sure the facility is in-network with their insurance plan and assume all services including imaging, lab, and all physicians (i.e. Radiology, Pathology, Anesthesiology, Surgery and ER physicians) are in-network.  What the patient may not know is some or all of these specialists may be OON.

These patients then find a bill(s) arriving over the next several weeks.  These bills may have insurance payments on them but definitely will not have in-network provider adjusted rates reflected when the specialist is OON.  At the time the specialists are providing the patient the best possible service in a timely and efficient manner, they are not stopping to check to see if they are in-network with the patient’s insurance prior to providing service.  Unfortunately, it is the patient that is stuck in the middle.  In addition, the insurance is trying to make it seem like the specialists are the ones causing the issue because the patient is receiving the bill from them.

Are the solutions being offered beneficial to the physician, the patient or the insurance?

What happens if there is a dispute between the insurance and the provider?

There are a few scenarios that have been proposed, each with pros and cons to address the inevitable disputes that will arise.  The final legislation is expected to have an independent arbitration or dispute process.  What that process will be is yet to be determined.  Many believe following New York’s independent arbitration process would be a positive model which includes the option of using a formula for the 80th percentile in the geographical region for comparable services.  However, others are suggesting using a median of in-network rates.  Given some insurance companies have recently started severely cutting their in-network rates, the idea of a median in-network rate is troublesome.

There are two leading bills for legislation at the federal level.  One is from the Senate Committee on Health, Education, Labor and Pensions (HELP) with the bill known as Lower Health Costs Act (S. 1895).  It was passed by the Senate HELP Committee on June 26, 2019, and is awaiting a vote by the full Senate.  The other is from the House of Representatives from the House Energy and Commerce (E & C) Committee known as the No Surprises Act (H.R. 3630).  This was advanced by the E & C Committee on July 17, 2019, and is awaiting a vote by the full House of Representatives.

There are several notable differences between the two bills and two of which will be highlighted here.  The House bill had arbitration added during committee mark up where only claims with a median in-network rate that exceeds $1,250 will be eligible for arbitration.  The Senate bill includes provisions unrelated to surprise bills.  One such item is providers and facilities are required to submit “adjudicated’ bills to patients within 45 days.  Patients will not have to pay bills received after 45 days.  It is unknown what changes may occur between now and an approved bill.

Where to go from here?

Ideally, insurance companies would offer physicians fair and reasonable in-network provider reimbursement rates and contracts.  Reality, state and federal legislation is coming, and it is vital that you take time to contact your local and federal elected officials.  Contact information for your Senators and Representatives are listed in the links below.  We suggest phone, email, paper mail and in-person contact to ensure your message is heard.