Notices have been sent by Anthem Blue Cross and Blue Shield (BCBS) to pathology services regarding a change in reimbursement policies.  Specifically, Anthem BCBS is providing notice to in-network physicians of cuts to their fee schedule. 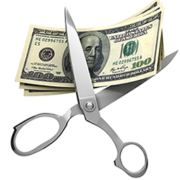 As reported by the College of American Pathologists (CAP), the states known to have received notification letters are Alaska, California, Indiana, Missouri and Ohio.  In California, it should be noted that Anthem operates as Anthem Blue Cross without the mention of Blue Shield.

The CAP has advised that they have engaged with Anthem BCBS for a better understanding for the proposed reductions.

According to a letter from Anthem BCBS in Ohio the fees for several lines of business will be changed for:

After review of the rate changes for Ohio and Virginia, many of the rates, though not all, have been reduced significantly beyond reason in comparison to the 2019 CMS Physician Fee Schedule published rates.

As of this week, Virginia has received notification through their provider newsletter and Kentucky has received letters similar to Ohio.

Although, it may be too late to raise an objection directly to Anthem if you are in one of the states initially notified.  We still suggest you make yourself be heard.  If you are in a different state, be sure to monitor your correspondence closely so you can act swiftly upon receipt of any notifications even if electronic in the form of a newsletter published on the insurance company website.

If you aren’t in an Anthem BCBS area, as they say, don’t count your chickens before they hatch.

HealthPro is working with pathology groups, societies and associations to pushback on these types of cuts.  If you are willing to be an additional voice, please contact us at 800-892-3436.